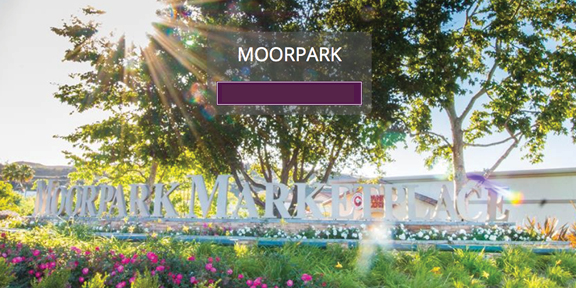 For about 15 years Moorpark has been one of the fastest growing cities in Ventura County. And for good reason! It has a nice cool climate compared to the inland valleys, it has an abundance of family-friendly neighborhoods and a wonderful school district.

If you’re out house hunting, you’ll find that Moorpark falls into four fairly distinct areas, each with its own advantages. Old Town is composed of an area surrounding High Street. It’s the historic center of town and it has an old-time charm to it. It features the High Street Arts Center (operated by the city) and a wide range of impressive restaurants.

The residential neighborhoods are located south of Arroyo Simi. Most of these homes are in the Peach Hill and Mountain Meadows neighborhoods, and are generally 30 years old or newer. By population, most of the city lives in these areas, so you can count on a good supply of homes for sale.

The third area is Campus Park, and it consists of the neighborhoods surrounding Moorpark College, a well-respected Community College draws students from around Southern California.

A final fun fact about Moorpark is it was one of the first cities in the world to be powered by commercial nuclear power. It was actually the second city in America to do so.